BeautifulPeople.com — the controversial online dating site that allows only attractive people to join — is expanding its service on Monday for employers. The company told Mashable it is readying a recruitment feature for employers wanting to hire "good-looking staff. 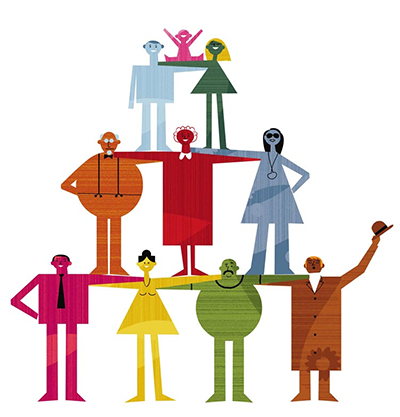 6 Apps You Don't Want To Miss

Google updated its calendar app for Android Wednesday, bringing with it one of the most requested features for the app: the ability to customize event and calendar colors. Google Calendar can now be given the color of your choice (Google offers 24 options) directly from the Android app.

New York City, summer of 1939: Lou Gehrig announced his retirement from the Yankees, the city hosted its first World's Fair and, as always, it was really, really hot outside. Plenty of video footage exists from that summer 74 years ago — in black-and-white.

Neil Harbisson, a 30-year-old artist and musician, was born with a condition called achromatopsia, meaning the cone cells in his eyes don't pick up color — so the world to him is, literally, black and white.